The Health Benefits of The Worlds Favourite Drink

Collectively, we pour 1.4 billion cups of coffee everyday. That’s an incredible amount. With so many people drinking coffee, it must be good for you, right?

What are the health benefits of drinking coffee? Is coffee good for you? What sort of nutrition is in coffee? If you find yourself asking any of these questions, then you’re in the right place.

There are lots of articles out there that tell you that coffee is beneficial for everything. I’m sorry to tell you that this just isn’t the case, however there are some proven health benefits that have real evidence to back the claims up.

Here are a few benefits we have recently discovered.

There have been many studies that show caffeine to be a powerful aid at protecting the body against Parkinson’s disease (PD). With coffee containing a substantial amount of caffeine, it comes to no surprise that our favourite beverage has this benefit too.

Since 1968, there have been studies suggesting that coffee drinkers were less likely to get PD. Multiple epidemiologic studies over the years have confirmed this claim.

Coffee also contains organic acids, sugars, fatty acids and amino acids. A recent study on one fatty acid in coffee, with a name that I cannot pronounce, Eicosanoyl-5-hydroxytryptamide (or EHT), has provided some compelling insights into the biochemical protective mechanisms for a cup of coffee. It showed that EHT and caffeine slow down the progression of the neurodegeneration associated with PD in mice.

A study that was published in November of 2017 identified a number of health benefits associated with drinking a cuppa coffee. One of these was a decreased risk of many liver diseases.

Those of us that drink at least a cup of coffee a day, show on average, a 29% lower risk of non-alcoholic fatty liver disease and a 39% lower risk of liver cirrhosis. If you drink more than one cup a day, then your chances of mortality from these diseases are even lower.

However, they found that coffee may only reduce the risk of developing cancer if you are a smoker. When the study adjusted for people who are non smokers, they found no significant association between drinking coffee and a lower risk of cancer developing.

With coffee containing a significant amount of naturally occurring antioxidants, that is probably one reason why there are so many health benefits associated with it.

Antioxidants protect your body against free radicals. These are complicated things to explain, but basically they can be generated from a range of processes or substances we’re exposed to. They can be caused by the medicines we take, the water we drink, and the food we eat, for example fried foods, alcohol, tobacco, pesticides and pollutants.

There are many chronic diseases that are caused by these free radicals including cancer. So it’s probably best to get as many antioxidants as you can. More reason to drink coffee!

A study on exactly this was conducted where researchers followed men and women for decades. There were over 120,000 people that participated, with their diets being assessed every 4 years.

During the study, there were 7,269 cases of type 2 diabetes.

They found that ‘the participants who increased their coffee consumption by more that 1 cup per day over a 4 year period, had an 11% lower risk of type 2 diabetes in the subsequent 4 years, compared with those who made no changes in consumption.’

This was a significant decrease to conclude that increased coffee consumption over a prolonged period reduces the risk of type 2 diabetes.

You can check out our friends over at ManyEats.com, where they have an article listing many more benefits coffee is thought to have.

Science continually brings out new and interesting insights about the world around us, so I thought it would be nice to know some ongoing studies into the effects of coffee.

Research suggests that drinking a moderate amount of coffee before participating in a group task enhances the productivity of that person. Not only that, but people who drank coffee had a more positive evaluation about their co-workers in regards to their productivity too.

This could be due to the fact caffeine increases the individual’s alertness, and therefore allows you to pay more attention to the task that’s in front of you. But, of course, more research needs to be done to draw definite conclusions.

This research is being carried out in Brazil, where they found that people who drank black coffee had significantly lower reports of decayed, missing or filled teeth (DMF). They compared them to people who drank coffee with milk and sugar where they reported nearly double the amount of cases.

This was probably more down to the sugar content than the milk as there were only slightly more reported cases of DMF for people who drank coffee with milk, without adding sugar.

They concluded that coffee can help with the prevention of dental caries if it’s drunk without additives.

Are There Any Risks?

The key word with any food or drink is moderation. I love a cup of coffee as much as the next guy, but I think it’s important to know the risks associated with drinking too much coffee.

So, the majority of effects from caffeine on your mental well being are positive. For example, increase in mental energy by higher levels of alertness, attention and cognitive function, and by elevating your mood.

With that being said, too much caffeine in rare cases can result in psychotic episodes for those prone to them, and in more common examples, anxiety. More research is needed to conclude a causation between caffeine and the effects on depression and anxiety but for those of us that are more prone to mental illness’ the research so far tells us that a lower amount of caffeine is probably best.

It’s to no surprise that too much caffeine in coffee can have a disruptive effect on your sleep.

Adenosine is a chemical in your brain that builds up throughout the day, starting from the moment you’re awake. The more that builds up, the more sleepy you feel. Caffeine blocks the adenosine receptors in your brain, giving you the heightened level of alertness.

Caffeine has a half life of 6 hours, meaning it takes that long for your body to break down half of the caffeine. One study found that drinking caffeine up to 6 hours before your bedtime can mean you lose out on 1 hour of sleep.

Sleep is probably one of the most under-rated things in our culture that can fix a lot of our problems. I’m no scientist, but looking at the evidence, I’d recommend keeping your coffee consumption to the morning or early afternoon.

Caffeine is an addictive substance, so if you do drink a lot of coffee, consider going on a caffeine detox once in a while to let your body flush it all out. Not only will you sleep better, but you’ll find when you start to drink coffee again, you’ll need less for it to have an effect.

Even without mentioning caffeine, there are a lot of important micronutrients in coffee that are very useful to us. One of them being chlorogenic acid, which has been shown to help with weight loss, but more importantly it’s one of those antioxidants we mentioned earlier.

One cup of coffee has been found to contain:

As a side note, there are next to no calories in coffee, as long as you have it black. It’s 95% water, so if you’re on a diet to lose a few pounds, it is still okay to have your morning brew!

So where does the WHO stand on coffee?

Well, in June 2016, they released a report on how they lifted coffee off the list of potentially carcinogenic foods, to the list of possible foods that protect the body against cancer of the liver and uterus.

A quote for the report states ‘after thoroughly reviewing more than 1000 studies in humans and animals, the Working Group found that there was inadequate evidence for the carcinogenicity of coffee drinking overall’

They do state however, that too-hot coffee, or any beverage, is still believed to be cancerous, and that it is in fact the temperature, and not the drink itself to be the problem. Based on several studies that discovered an association between drinking very hot coffee (at 160F/71C) and esophageal cancer.

Should I Drink Coffee?

Well considering all of the studies that show coffee to be a beneficial drink, the majority of people are going to benefit from having a couple of cups a day.

So, who should avoid coffee?

Here are my thoughts:

If you’re eager to learn more, or want a couple more facts and figures up your sleeve to throw at those coffee haters, check out this video.

So, there are many reasons to drink coffee. Not only does it have positive physical and mental effects on the body, there’s nothing quite like waking up on a morning and smelling that sweet aroma of your coffee brewing.

It’s hard to come up with an argument for not drinking coffee without having 3 reasons why it’s good to drink it. But, of course, it’s all about moderation.

Look at all this talk about how great coffee is, I think it’s time to put a brew on. You can find our coffee reviews here which will help you figure out what coffee you should try.

If you want a read that’s going to put a smile on your face, check out these hilarious and witty coffee quotes: Top 74 Coffee Quotes to Energize Your Day.

For additional reading on your health and coffee, check out this article on Revolutionizeyourdiet.com.

4 thoughts on “The Health Benefits of The Worlds Favourite Drink” 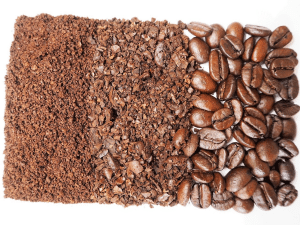