The Fascinating History Of Coffee

Coffee’s first introduction into the human species is difficult to pinpoint, but there’s a few interesting stories which explain how.

There’s no doubt that in today’s world people drink coffee all over the planet, in many different ways. But how was coffee discovered and who discovered it? How did this little bean make its way across all continents? Where did coffee originate from? The history of coffee is an interesting subject to say the least. So, it might be best to put a brew on before you start.

The Origin of Coffee

One of the stories of how coffee first came to be discovered is through the tale of a goat herder, named Kaldi. The story goes that Kaldi realised his goats were full of energy and didn’t sleep at night after eating some red berries from a particular tree. He tried some for himself and was surprised by what he found.

He took his findings to the local monastery, where they chucked the berries into a fire, claiming nonsense. But naturally, that beautiful coffee roasting smell that we’re all familiar with filled the monastery. Nonsense or not, nobody can ignore that smell.

The monks made a drink out of the beans. They found that they stayed very alert through the arduous hours of their evening prayers. Amazed by this, they sat around the fire drinking coffee all night long.

Word began to spread. The rest is history.

There’s an alternative story to the coffee beans discovery, which includes a man named Omar. Omar was known to cure people through prayer, however for some reason, he was exiled from his town.

Hungry, Omar found some berries to eat, but they were horribly bitter. Instead, he decided to make a fire and roast them to improve the flavour, but they became hard. He finally tried boiling them to soften the bean, which resulted in the first cup of coffee.

Omar was energetic and sustained despite having little food, and so returned to his town with the exciting discovery. After word spread of this ‘miracle drug’, Omar was made a saint.

When did people start drinking coffee? Well, we can’t tell for certain, but looking back at the records we know who the earliest people to drink coffee were.

Ethiopian ancestors of the Kaffa Province were the first to use the energetic properties of the coffee bean. Tribesmen who were going out on a day’s hunt, often running many kilometres, would take with them little edible balls filled with caffeine.

People practising Muslim recognised coffees ability to help them during the religions celebration of Ramadam. Coffee helped those fasting to stay awake at night and to quench hunger during the day.

Coffee even became associated with Muhammads birthday. A tale goes that Muhammad brought coffee to man as a replacement for wine, which Islam forbade.

In the Arabian Peninsula, by the 16th century, coffee was being grown all over, including Turkey, Egypt and Syria.

Coffee was often a beverage to drink at home, but became so popular that many public coffee houses began to appear. They were called qahveh khaneh, and people used them for several different social activities. People drank coffee while playing chess, watching performers, listening to music and of course, having a gossip.

With the thousands of people on a pilgrimage every year to the holy capital Mecca, word of coffee spread fast. 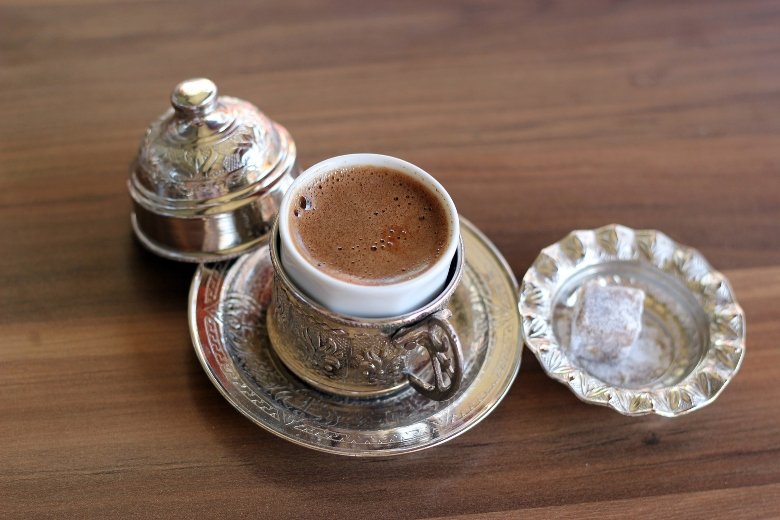 Word spread about this new beverage from Africa to Europe by European travellers , and by the time of the 17th century, coffee had made its way to Europe and was becoming more and more popular. However, it was not welcomed with open arms. People became fearful of the drink, calling it the ‘invention of satan’.

Venice condemned coffee in 1615. It created so much of a controversy that the Pope was asked to help the situation. He tried a bit of the drink for himself and was so impressed he gave it his approval and declared it a Christian drink!

As time went on, coffee houses sprung up all over Europe. England, Austria, Holland and Germany all had many by the time the mid 1600s came around. In fact, in London alone, there were over 300! People from all areas of occupation gathered to share stories.

Coffee houses were to take on the same roles as in Arabia, becoming centres of political discussions and places to gather news. They became known as ‘penny universities’.

In Oxford, UK, the very first coffee club began, which was the place to be for wealthy men. If you weren’t at work or the pub, they were at the coffee club, engaging in religious and political debates.

Coffee even began to replace the standard morning drink of beer and wine. Those that decided to drink coffee first thing were more productive at work (unsurprisingly!), than those that had alcohol.

Of course, coffee became a huge business, especially when Europe got its hands on the beans. The Dutch were the first European country to have its own coffee plantation, which was in Sri Lanka. The French took coffee over to the Caribbean, and Spain took it to Central and South America.

So when was coffee introduced to America?

The little bean had already made its way around most of the world, from Africa, to Europe through Asia. Lastly, it got to the Americas.

Sometime in the mid-1600’s, coffee found its way to New Amsterdam (now New York) by the British. Exactly like in Europe, coffee houses began to spring up everywhere, but tea continued to be the favourite beverage.

It wasn’t until the heavy tax imposed by King George III on tea caused the colonists to revolt. This was known as the Boston Tea Party. After that, coffee took its position at the top of the leaderboard.

King Louis XIV was gifted a seedling of a coffea by the Mayor of Amsterdam in 1714. It was planted in the Royal Botanical Garden in Paris. Gabriel de Clieu who was a naval officer of the French fleet was visiting Paris from where he was stationed in Martinique.

Gabriel ended up with clippings of the plant, but it is unclear whether he stole it or whether it was given to him. What is certain however, is that he managed to sail it all the way to the Caribbean.

The voyage was incredibly strenuous. There was horrendous weather, a saboteur who tried to destroy the small coffee plant, and a pirate attack. But somehow the plant survived, and coffee plantations were established in Martinique, St. Dominique and Guadalupe. Unbelievably, this seedling went on to be the parent of all the trees that populate the Caribbean, South and Central America.

When you think of coffee, one of the first places you might think of is Brazil.

It all started with a Brazilian colonel called Francisco de Melo Palheta. Francisco went to Guyana, with his intentions to return with coffee beans to plant.

When Francisco asked the French Governor, he was rejected. But, Francisco was a good looking fella, and said all the right things to the French Governor’s wife, who gave Francisco a bunch of flowers when he left. What the Governor didn’t know was that in the bouquet, were enough coffee beans to start a coffee plantation in Brazil.

Not only a coffee plantation, but the largest coffee empire in the world. It is now a billion dollar industry. 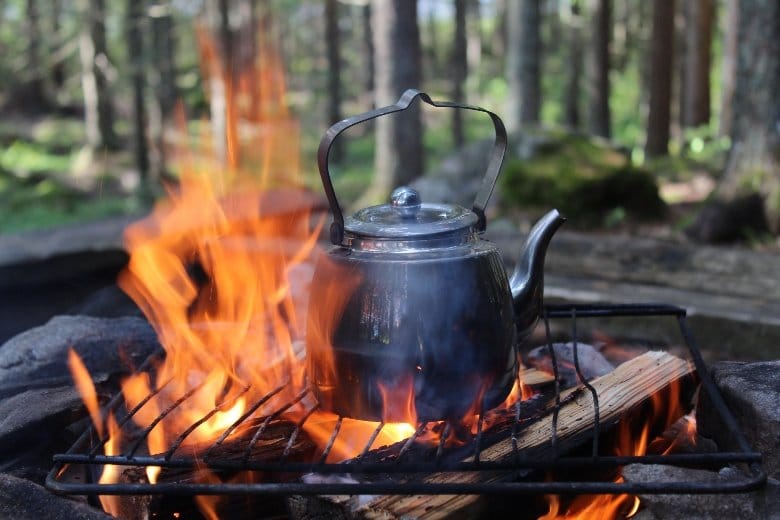 Around the turn of the 19th century, coffee had become a global hit. It was being consumed and exported all over the world. While not much about the coffee bean had changed over the last 200 years, the way we consume it has.

The industrial revolution brought with it a huge range of new inventions just in the coffee industry, and the first one was the percolator.

In 1818, a metalsmith from Paris invented the percolator that is still used today, it’s only slightly changed to improve functionality.

In 1864, Jabez Burns invented a new way to roast coffee, which didn’t need to be held over a fire.

John and Charles Arbuckle bought a roaster and began selling pre roasted coffee in paper bags. They became such a dominant company in the coffee industry that they even owned the most merchant ships in the world, which transported coffee from South America to the States.

Of course, the espresso machine. Probably the most popular coffee machine out there in the modern world. It was created in 1901 in Italy by Luigi Bezzera.

His motivation to invent the machine was to speed up the time it took coffee to brew so his employees could get back to work faster. It was the first machine to brew coffee with water and steam.

It was 44 years later when a new method using a piston was used to brew coffee. Consequently, this created a layer of cream on top of the espresso shot, and there was born the first cappuccino.

1908, a woman called Melitta Bentz created the first paper coffee filter, by using her son’s school blotting papers. This has become the most popular way to brew coffee.

The history of coffee in America finally lead to its most recent revolution in the 1960’s. A man by the name of Alfred Peet, who was Dutch-American, and whose father roasted coffee in Holland, brought the craft to California.

Peets Coffee opened in 1966. 5 years later, he shared some of his techniques with a few close friends, where they were keen to learn more about how the business worked.

With Peets permission, they set up shop in Seattle. They named it, Starbucks.

Business took off in their first year. They were only selling coffee bean products, there wasn’t a brewed coffee in sight. That didn’t happen until 1982, when Howard Schultz joined the team.

Schultz was a salesman who had spent some time in Milan and knew how well coffee houses could do. So, they started selling espresso. He wanted them to serve more beverages, but Starbucks wanted to concentrate on roasting high quality beans.

Schultz went and set up a business on his own, selling high quality beverages. After huge success, he ended up buying Starbucks, and combined the two business ideas. That’s how Starbucks has become the coffee pioneer of modern society.

The coffee industry has boomed since then. With lots of independent cafes popping up, as well as huge companies that produce some of our most loved coffee beverages.

Coffee Has Changed The World

Coffee today is the second largest commodity behind oil, and the second most drunk beverage around the world, behind water. It’s very likely that coffee will continue to grow for many years to come.

The evolution of coffee is quite a fascinating one, from energetic goats and alert monks, to latte art and happy baristas all around the world.

1 thought on “The Fascinating History Of Coffee” 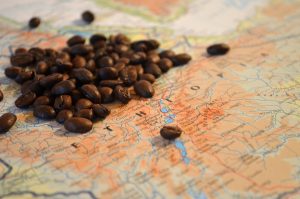 The Fascinating History Of Coffee

Coffee’s first introduction into the human species is difficult to pinpoint, but there’s a few interesting stories which explain how. There’s no doubt that in